Members of the Board 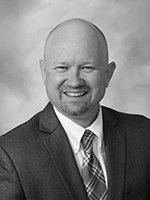 Dr. Anthony D. Voss is the superintendent of the Hudson Community School District, where he has been since 2010. He earned his BA from Clarke University and his MA at Loras College. He continued his graduate work at the University of Northern Iowa where he received his doctorate in 2015. Prior to his arrival at Hudson, he served as a teacher and principal in the parochial system. Tony currently works with the Institute for Educational Leadership at the University of Northern Iowa where he serves as a ‘critical friend’ for aspiring superintendents. He is also a regular instructor and contributor for the Iowa Superintendents Finance and Leadership Consortium (ISFLC) where his areas of expertise include finance (budget preparation and presentation), teacher leadership, and collective bargaining.
Dr. Voss lives in Hudson with his wife, Ann. They are the proud parents of two and have six grandchildren. 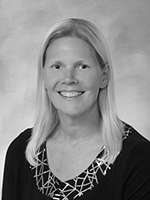 Kathy Behrens appointed to the board in 2015 is a 4/5 Resource teacher at Kuemper Catholic Schools in Carroll. She completed her graduate and post-graduate work at Buena Vista University. At Kuemper Catholic Schools, Kathy has served in several leadership roles. One as a member of the Building Assistance Team and another as a member of the Building Leadership Team. She has also served on the Heartland AEA Advisory Team and the Heartland Accreditation Team. Kathy has endorsements in Reading, Early Childhood and Coaching. Kathy and her husband, Mark, live on a farm south of Carroll where they raise corn, soybeans and wine grapes. They have three grown children, Katie, Kora and Kyle and a granddaughter, Kaycee. In her spare time Kathy loves running, walking, biking, Cyclone athletics and spending time with her granddaughter.

Pam Bleam grew up on a turkey farm near Manson, Iowa.  She attended BVU in Storm Lake with a BA in Elementary Education and later earned her MA from Morningside College in school counseling.  She has her administrative license from Prairie Lakes Leadership Academy in Pocahontas.  She currently is in her 35th year at Manson Northwest Webster Elementary School in Barnum, Iowa.  She is married to Brad Bleam the music teacher at MNW who also farms near Manson. They have 3 children: Maison, Canon & Riley, and Tyson & Fairon.  She loves spending time with her 4 grandchildren, biking, kayaking, sewing, and reading.  Pam has been in education for 35 years and has loved every minute of it.  She is currently serving as the elementary school counselor for MNW.  Her most important leadership role is the successful implementation of the PBIS framework at her Preschool- 6th grade MNW Elementary School. 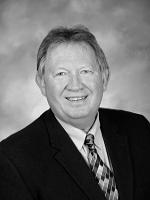 Tim Bower was appointed to the Board of Educational Examiners in December of 2019. Mr. Bower has held a number of senior level positions in global corporations and has been the President of the Nelson Company in Fairfield Iowa since May 2018. He received his B.S. in Mechanical Engineering from Iowa State University in 1984 and his Executive MBA from the University of Iowa in 1995. Tim was elected to the Muscatine CSD School Board in September of 2009 and was on the board until September of 2018 when he resigned to relocate to Fairfield of which he is a graduate of Fairfield High School. He was elected to the Fairfield CSD School Board in November 2019. Tim held a Director position for district 9 for the Iowa Association of School Boards (IASB) until September 2018, was a member of IASB’s Legislative Resolutions Committee, Legal Service Fund Committee and other panels. Tim was appointed to the Governor’s Southeast Iowa STEM Advisory Board for six years. Tim and his wife Karen live in Fairfield and have three adult children, one of which is an educator and one grandchild. Tim and his wife are active members of their church, having held leadership roles. Karen and Tim have completed training as Stephen Ministers and Leaders. In their spare time, they visit family and attend Iowa State University events. 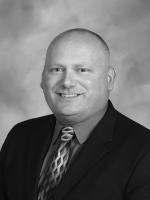 David A. Harper is the Executive Director of Human Resources and Operations for the Ottumwa Community School District.  He earned his BA from Buena Vista University and his MA from Drake University and his Superintendent Certification from University of Northern Iowa. He entered into the profession as a special education teacher in 1998 at Pekin CSD. He left Pekin as the secondary principal in 2010 to serve two years with the Iowa National Guard from 2010 to 2012. He returned to education as the principal at Evans Middle School from 2012 to 2014. Dave was the superintendent at Sigourney CSD from 2014-2021 and shared superintendent with Pekin CSD from 2016-2021. He served 24 years in the Iowa National Guard and retired in 2013. Dave lives in Linby with his wife, Crista and their daughter Jade. 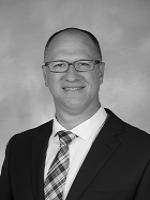 Chad Janzen is the superintendent of the Rock Valley Community School District, where he has served since 2012.  He earned his bachelor’s degree from Augustana University in 1997.  He began his teaching career at Los Angeles Lutheran Jr/Sr High School where he taught social studies for three years and served as principal for three years.  During this time, he earned his master’s degree in school administration from California State University, Northridge.  He continued his teaching degree in Baltic, South Dakota for three years upon returning to the Midwest.  In 2006 he returned to administration serving as the principal and superintendent in Canistota, South Dakota.  While in Canistota, he earned his education specialist degree at the University of Sioux Falls. Chad and his wife, Lou Ann, a registered nurse, live in Rock Valley.  They have two sons.

Tim McKinney started teaching in 1987 and has been at Interstate 35 for the entirety of his career. Most of his tenure at I-35 has included teaching reading and language arts at the 5th and 6th grade level.  He spent nine years in 4th grade. After a short return to the middle school level, he has taken on the role of Reading Interventionist for the kindergarten through fourth grade classrooms. A role that both he and his wife enjoy teaching together. Tim has been on several committees throughout his career.  He has served on local association leadership teams, negotiations, BAT teams, and numerous others. He currently coaches volleyball and boy's track.  Tim and his wife met at Faith Baptist Bible College where they received their teaching degrees. They are residents of St. Charles and have three sons all married to wonderful gals. Tim and his wife are active members of their church and love to host in their home and have family gatherings. 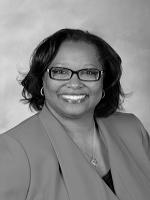 Rhonda McRina, employed at Hawkeye Community College in Waterloo for 18 years, is currently Director of Diversity and Inclusion. She has worked as a mental health and educational counselor with youth and adults for over 25 years. A native of Birmingham, Alabama, Rhonda received her B.A. in English and M.Ed. in counseling and guidance from the University of Montevallo in Alabama. She recently served as a Waterloo Community School District Board of Education member where she was also district delegate for the Iowa Urban Education Network. Rhonda chaired the Waterloo Commission on Human Rights for several years and presently volunteers on several community task forces and advisory boards such as Waterloo Schools Foundation and Grow Cedar Valley Economic Inclusion Initiative. Proud parent to adult son James-Daniel, Rhonda is presently an ABD/doctoral candidate in Higher Education Administration/Community College Leadership at Iowa State University. 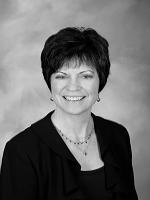 Dr. Kristen Rickey is the superintendent and Director of Special Education in the West Delaware County Community School District, where she has served since 2010. She earned her BS in Psychology and MA in Special Education at the University of Iowa. She earned her Ph.D. in Educational Policy and Leadership Studies at the University of Iowa in 2005. Prior to her work with West Delaware Schools, Dr. Rickey has served as a teacher or administrator in Marion, Cedar Rapids, and Tripoli School Districts. She also founded a professional development consulting firm to provide guidance to districts across the country in effective strategies for working toward more inclusive education practices. She has served in an advisory role to the field of education in various capacities, including the Iowa Virtual Clearinghouse for Work Based Learning, School Administrators of Iowa Professional Standards Committee, Northeast Iowa Regional Planning Partnership, and Executive Leaders Steering Committee. Dr. Rickey lives in Manchester with her husband, Glen. They enjoy spending time with their two daughters and sons-in-law and one granddaughter. 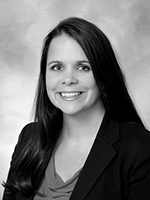 Erin Schoening has taught in the Council Bluffs Community School District for 14 years. She attended the University of Nebraska at Omaha, where she earned a bachelor’s degree in elementary education and a master’s degree in K-8 reading education. Her past teaching experiences include kindergarten teacher, first grade teacher, literacy strategist and Reading Recovery teacher. She currently serves as a reading interventionist and as the International Baccalaureate Program Coordinator at College View Elementary. As part of the new Teacher Leadership and Compensation program in Iowa, Erin was selected as a Program Leader for the work she does as the International Baccalaureate Primary Years Program Coordinator.  Erin also teaches reading methods courses for pre-service teachers at Buena Vista University’s Council Bluffs office.

Printed from the Iowa Board of Educational Examiners website on May 22, 2022 at 3:45pm.